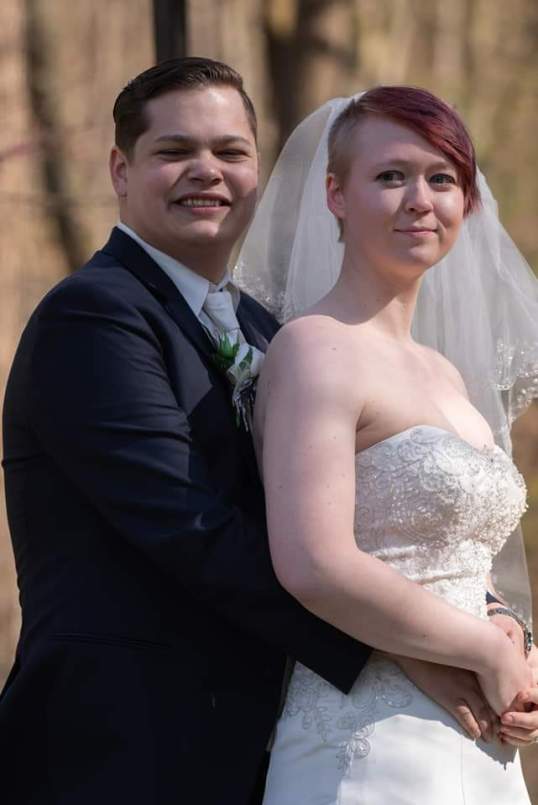 It’s been a little over a year since I came by. I’m not sure what made me come back, today, but maybe it’s because a lot of things have happened in the last year or so, and writing might help me process them. Yeah, that’s probably it.

Last April 28th, my boy got married. It was a beautiful event and to say my heart was full would be a great inderstatement. Ben and Tisha were very much soul mates since they met. I have 2 Grandpups, Kujo and Penny. 😁

In June, my younger son, Elijah, graduated a year early, and in July he moved back to Indiana to stay with Ben and Tisha. She helped him get a job, and Ben helped him learn…whatever things an older brother teaches their younger sibling.

I suppose I will be writing about this, and my continuing recovery journey.

I am SO not the person I once was. Sometimes I glimpse her when I pass a mirror, but not often. I feel…like a large part of me is dead.

Please don’t share your own sad stories in the comments. I have as much sorrow as I can bear. I am by nature an Empath, and I just can’t do it right now.

I would appreciate knowing that you stopped by. 💔