a long-term mental disorder of a type involving a breakdown in the relation between thought, emotion, and behavior, leading to faulty perception, inappropriate actions and feelings, withdrawal from reality and personal relationships into fantasy and delusion, and a sense of mental fragmentation.

From a decently young age I can remember hearing things that weren’t real. I knew that if I focused on the voices then I could properly hear what they were saying.

I can’t remember what the voices started saying, but as I got older the voices got louder and more frequent. I always thought that those with Schizoprenia or DID (dissassociative identity disorder) were such interesting characters, but I never dreamed I would be one of them.

The voices started around age 12, but they only showed up once every 3-4 months. The rarity of them made me think it was something normal and what everyone went through. After the voices came the visual hallucinations and the paranoia. They paranoia was always under the surface while growing up , but it truley showed its self around age 19. Like most people at 19 I figured that it was all in my head and could be drowned in alcohol, but of course I was wrong.

While drinking I wasn’t conciously aware of the voices or hallucinations, but the day after is a different story. I would wake up and the visual hallucinations would come with a vengence with the paranoia. As I got older rather than indirect paranoia, and just all out fear it started to get paranoia of very specific objects.

I never liked mirrors, they always seemed to show something that was watching, waiting, and planning to get me. At my best a mirror unsettles me, and at my worse I have to cover it up or break it to keep the thing from gettting me. The mirrors always seemed to breath and want me. To this day I can’t say why mirrors, but I will always fear them even a little. I’m still scared to turn my back to one.

Mirrors being the break from reality, my periphrial vision was the culprit that aided my visual hallucinations. Always just out of the corner of my eye, just bearly out of sight were the shadows. Nothing with a true or set form, but always there ready to get me at any moment. It happened most with there was something I had to focus on it felt. Something that was grabbing my attention so I had to let my guard down and then the shadows in the corners would start to stir.

I was 23 when i had my first psychotic episode. 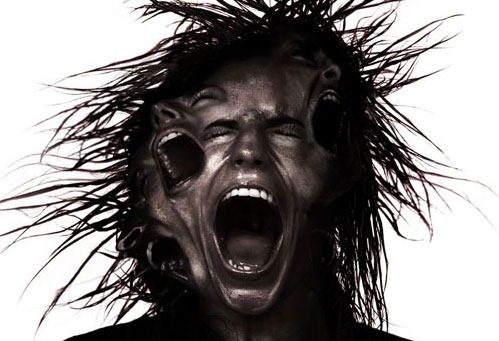 We just refer to them as episodes in the family cause there is no set term for what happens. The episodes start the same with hyper awarness, and then the paranoia. Hyper awarness is when all of your sense are trying to focus on everything around you at the same time. The mental stress it can cause is excruciating, and is often a symptom of PTSD. While my senses are over loaded the paranoia kicks in, the fear that I’m missing something. Some crucial bit of information that will keep me safe.

The voices will start, but they aren’t word or even cohiesive they are just loud screams. I feel them building and getting louder till I can’t hear anything but them. Thats when the self harm comes. I begin clawing at my torso, my head, and anywhere else I can dig into myself. I always feel like if I get deep enough, if I can claw deep enough iI can bleed the voices out. Outside of the episodes I know how impractical it sounds, but during an episode I need to be restrained and calmed down.

After three psychotic episodes I was admitted to a psychiatric ward in Indiana. I had clawed at my chest and left cuts across it, and my fiance took me to the ER to get checked in. During my short stay there I was able to get medication, and understand to help “stay grounded”. Stay grounded is the term used to stay in connection to reality and to help prevent other episodes from happenning.

As for dealing with it completely there really is no rule book for guidance. It’s not a easy treated illness and every day is different. That being said, having the family I do and having such a strong Fiance I’m sure that I will be okay. The future is unknown and filled with much needed therapy and medication, but it’s much better than being committed.

I asked my son to write this. For many of us, sharing our story is helpful in recovering, whether it’s addiction or mental illness. I am proud of his courage and determination to do whatever he must, to learn how to live with schizophrenia.

It is heart-breaking to know that he’s dealing with this. I hope and pray that he’s ok. I am incredibly thankful for the strength he has, and the amazing people God’s placed in his life. 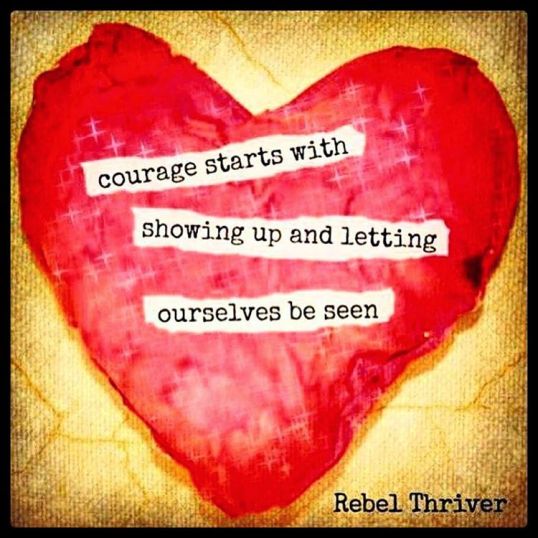